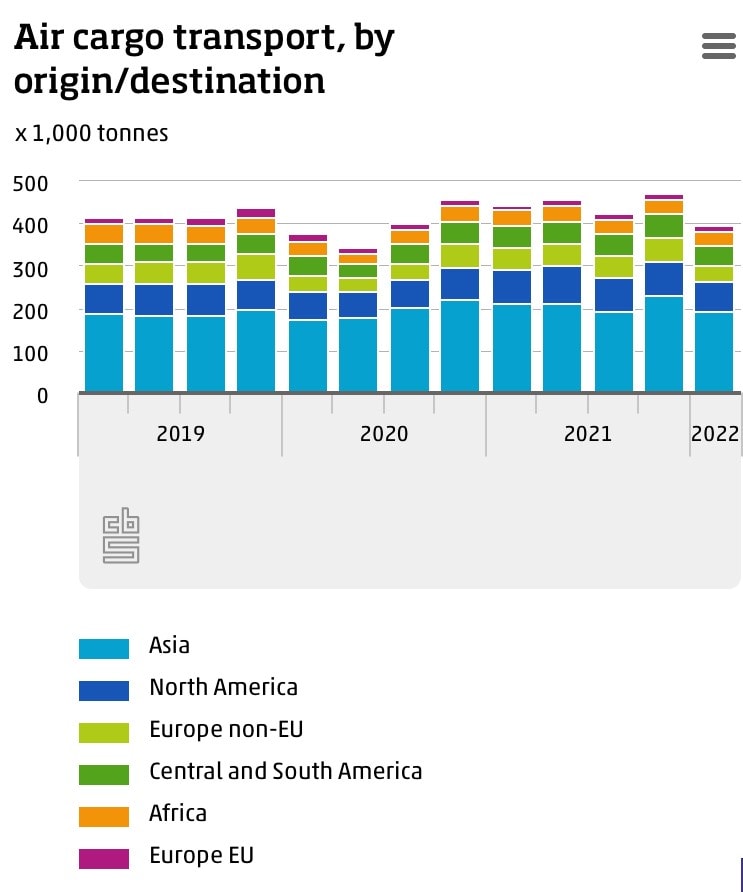 Both before, during and after the pandemic, the bulk of air cargo was carried to and from China and the United States. On average 33 percent of all air cargo transportation over the past three years either came from or went to these two countries. The two countries also topped the list in Q1 2022. Of the altogether 395 thousand tonnes of air cargo that were carried into and out of the Netherlands over this period, China accounted for 20 percent and the US for 16 percent. Germany accounted for nearly 50 percent (6.4 tonnes) of the 12.8 thousand tonnes in intra-EU air cargo shipments. Air cargo traffic between the Netherlands and non-EU countries in Europe included 12.9 thousand tonnes to and from Russia, i.e. nearly 34 percent of the total volume. Russia was followed by Turkey with 10.7 thousand tonnes.