London is due to get a 7th international airport | Insider

Home-Nieuwsbrief, Uncategorized-London is due to get a 7th international airport | Insider
Previous Next 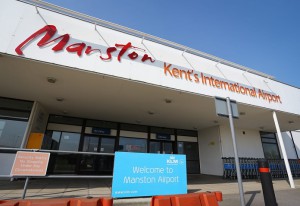 London is due to get another airport after plans to redevelop a former military air base were approved by the UK government.

On August 18, the Department of Transport approved a Development Consent Order for the redevelopment of Manston Airport, located on the Isle of Thanet in Kent.

It marks the end of a five-year battle by the airport’s owner, RiverOak Strategic Partners (RSP), to gain approval for the redevelopment, according to a statement.

Manston, which will be London’s seventh international airport, is a former World War Two Royal Air Force base. It closed to air traffic in 2014 and has been used to park trucks, according to an assessment report by the Department for Transport.