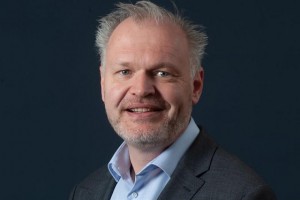 By NOV21, the Amsterdam cargo community wants to have a road map in place for further digitization of the chain, says Maarten van As, Managing Director of Air Cargo Netherlands.

The introduction of pre-notification as a standard practice as from 01SEP21 (see CFG 20JUN21), is only one step among many, he explains. “As in all airports, pressure starts mounting at the ground handlers’ premises at the end of the week, with trucks queueing up,” says Mr van As. “This has been going on for over 15 years, and all this time we have been looking for solutions. We did not come any further than what I would metaphorically call ‘band-aid sticking’, so there was a need for a sustainable solution.”
“Far-reaching digitization will create greater transparency by marrying the physical flow to the data flow. In the latter especially, a lot of paper is still going round. On the individual company level, the eAWB penetration may be around 80%, but if you look at the chain as a whole, that percentage is a lot lower.”

Completing the jigsaw
Mr van As says that rolling out such as system will take time. “What we as ACN and Schiphol are trying to do, is to thoroughly cement the digital foundations over the next 3 to 4 years through a series of steps. We are putting together a map with a lot of jigsaw pieces based on the neutral platform Cargonaut, supported by eLink.”
“So far, we have been able to implement pre-notification at the moment of departure. The next step will be to talk to the handlers to enable them to implement better time planning into their systems. At the moment, you will still find a lot of paper documents, such as the ACN Goods Receipt, containing the ready for carriage, which has to be signed off. This is a sort of handshake, still endorsed by a lot of people.”