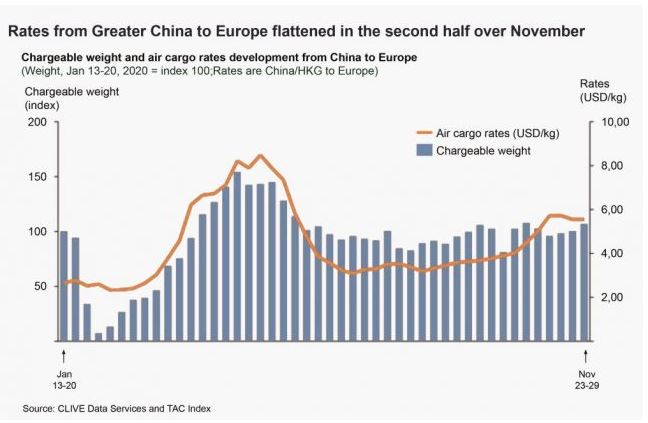 Air cargo’s road to recovery took a slight hit in November, as “airlines’ hopes of a boost failed to materialise”. According to CLIVE Data Services’ most recent figures, last month saw a 1% year-over-year fall in airfreight demand — the first decline reported in six months. In recent months, the gap in year-on-year air cargo volumes has been steadily closing in — from -37% in April to -12% in October. However, in November, demand fell again to -13% as the coronavirus continued to take its toll on global trade and international supply chains. Meanwhile, available capacity in November declined by 21% year on year.

“Consequently, despite rising to 72% in the opening two weeks of November, the dynamic load factor reduced to 70% for the second half of the month which, although 5% points higher year-on-year, was still below the 8% points load factor increase in the month of October 2020,” CLIVE Data Services said.