CLIVE: Did the air cargo recovery stall in May? | Air Cargo News

CLIVE: Did the air cargo recovery stall in May? | Air Cargo News 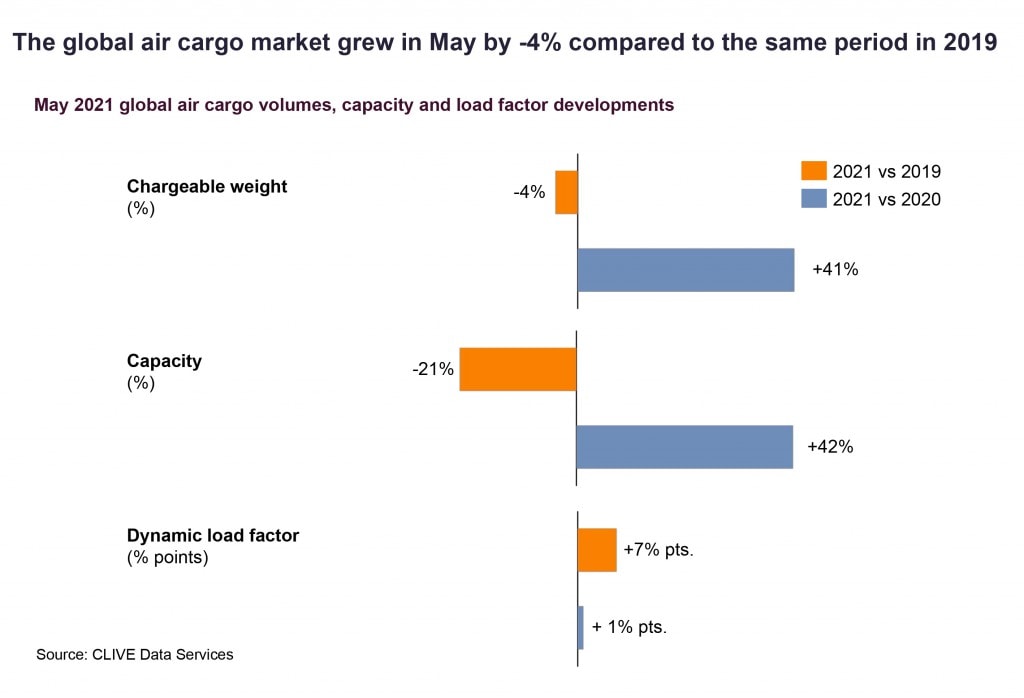 The recovery of the air cargo market appeared to stall in May, the latest figures from CLIVE Data Services suggest.

The data provider’s figures show that air cargo demand dropped by 4% in May compared with the same month in 2019 (2019 is used for comparison purposes given last year’s volatile market).

Airfreight rates, which peaked in early May, fell away towards the end of the month.

CLIVE questioned whether this could be the start of a market cool down, or whether external factors had an effect.

CLIVE Data Services managing director Niall van de Wouw said: “There were several (extended) public holidays in May which were not present in May 2019 (China, Russia and Eid al-Fitr at the end of the Ramadan) which will have impacted the monthly growth rate in a negative manner.