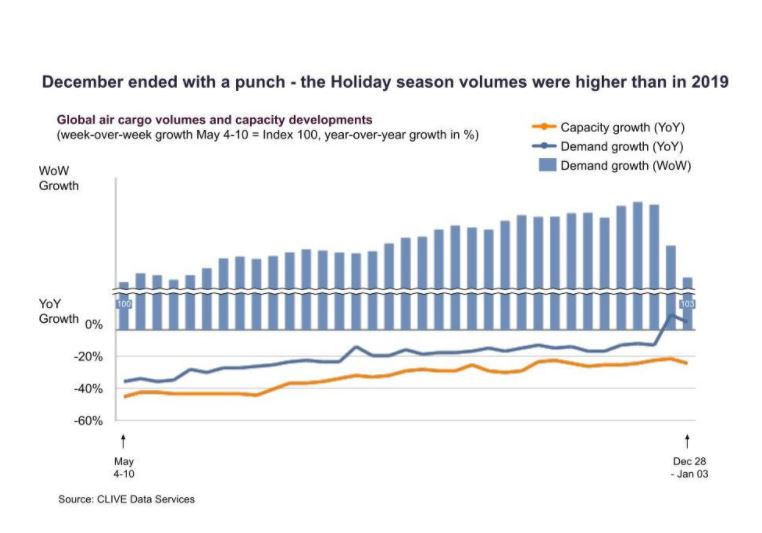 The air cargo industry ended 2020 on a positive note with weekly volumes growing for the first time in more than a year, according to CLIVE Data Services.

The latest figures from CLIVE show that for the week ending on January 3, air cargo demand increased by 8% compared with a year earlier. Meanwhile the ‘dynamic’ air cargo load factor reached a record high of 73% in mid-December.

For the last week of the year, the dynamic load factor stood at 65% — a 13 percentage point improvement on the same time last year.

The data provider said that for the overall month of December, demand was down 5% year on year, but there was a continued closing of the gap from the low of April when volumes were 37% behind a year earlier.

Volumes were also up 2.5% on November, while the dynamic load factor for the month stood at 71%.