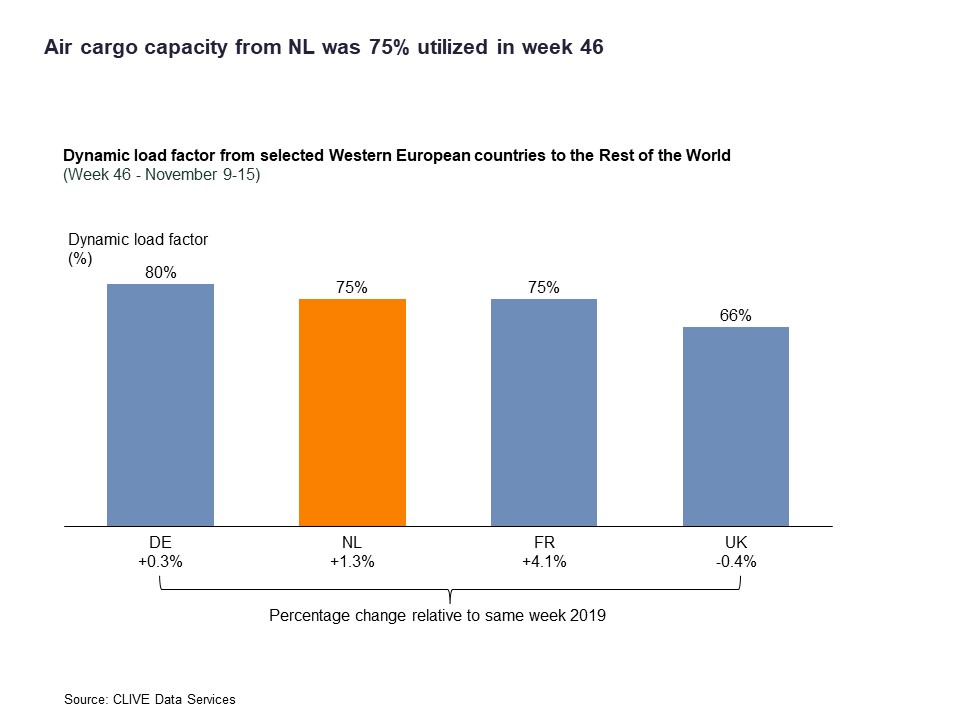 The dynamic load factor from The Netherlands was 75% in week 46. Of the major European countries only Germany had a higher load factor (80%). The UK clearly trails the airports on the European continent with an average dynamic load factor of 66%. Compared to last year – France has seen the largest increase in loadfactor. This is however not due to a relative boost in volumes, but because of a larger decline in capacity. It capacity dropped by 30% relative to the same week last year, while for The Netherlands the air cargo capacity was down by just 3%.