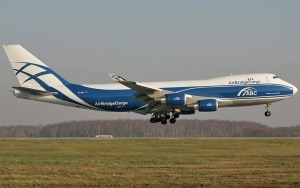 The Ukraine war has massively disrupted the European economy. Amsterdam Schiphol Airport is an example of how Western sanctions on Russia have had ripple effects on non-targeted businesses.

The closure of European airspace to Russian aircraft and the U.S. ban on flying U.S.-origin aircraft forced AirBridgeCargo, the scheduled cargo airline subsidiary of Moscow-based Volga-Dnepr Group, to cease operations.

AirBridgeCargo was Schiphol Airport’s second-largest cargo customer but its 21 weekly flights immediately disappeared three months ago when the sanctions kicked in, said David van der Meer, director of cargo partnerships, in an interview at an air cargo conference here.

Flowers are a key commodity for Russia that AirBridgeCargo stopped handling at Schiphol. The Netherlands is the largest exporter of cut flowers in the world and Russia is an important market.